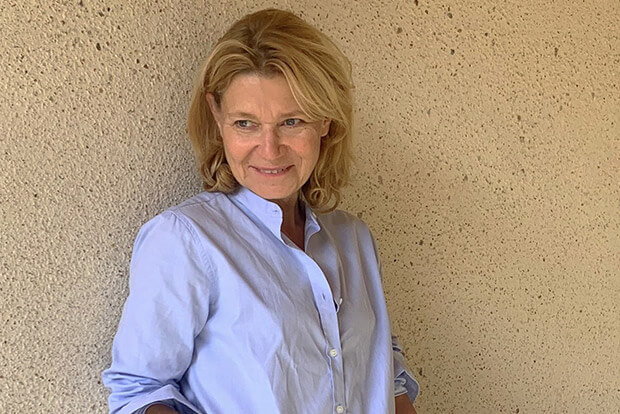 Michèle Evrard studied pharmacy and worked for more than twenty years in the beauty industry as an expert on product development and marketing. After several knee surgeries, she discovered the incredible restorative and regenerating virtues that Centella Asiatica has on the skin. Amazed by the healing results that she witnessed on her own scar, she began her research and discovered that this medicinal plant, used in Indian Ayurvedic medicine and other South East Asian cultures for more than three thousand years, harbored a wealth of potent properties. She started to draft her own skin-healing formulations in 2007. She selected three naturally purified extracts of the plant – Madecassoside, Asiaticoside and Asiatic Acid – for the heart of her formula. These represented the very quintessence of the plant and possess exceptional skin repairing, regenerating, anti-inflammatory and antioxidant properties that have made the plant central in many Asian medicines and Ayurveda.

She then tested her formula for its repairing and regenerating efficacy. The significant results convinced her to patent her formula which then became Baume 27, launched in September 2009. The Cosmetics 27 line has been developing and growing ever since.

I work on natural, clean formulas with a single objective: results.
When it comes to skin care, that is what really matters to our customers

27 active ingredients make the unique alchemy of the original Baume 27 formula and thus is why Michèle selected the 27th formula submission. 27 was set to be Michèle’s symbolic number. But the number took an even more significant meaning when, while researching physiological ageing, she fell upon an academic study that established 26 as the “biological age” the age at which physiological ageing start. 27 is the age at which one should seriously start taking care of the skin to prevent ageing.

Good is an easy term to use but not that easy to live up to. Cosmetics 27 provides products with a mission to do good: good for the skin, good for health, good for environmental sustainability, great results.

We engage in sustainability.

We use technology on our website to collect information that helps us enhance your experience and our products and services. The cookies that we use at C27 allow our website to work and help us to understand what information and advertising is most useful to visitors.